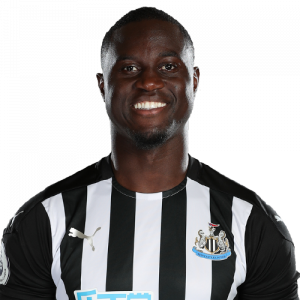 Henri Grégoire Saivet (born 26 October 1990) is a Senegalese professional footballer who plays as a midfielder for Premier League club Newcastle United and the Senegal national team. He is a former France youth international having starred at several youth levels.

On 23 August 2017, Saivet played his first game for Newcastle since 6 February 2016 starting an EFL Cup tie against Nottingham Forest. He was recalled to the first team on 23 December and scored a free kick in a 3–2 Premier League win against West Ham.

On 25 August 2018, it was announced that Saivet will join Turkish club Bursaspor on loan for the season.