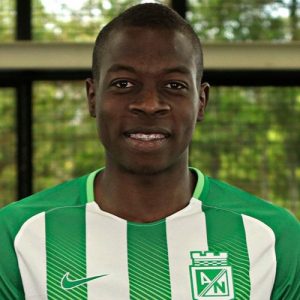 Helibelton Palacios Zapata (born 11 June 1993) is a Colombian professional footballer who plays as a right back for Spanish club Elche CF.

Palacios made his senior debut with Deportivo Cali in 2011. After featuring sparingly, he played the 2014 season on loan at La Equidad before returning to his parent club and winning the league title in 2015.

On 27 December 2016, Deportivo Cali announced the transfer of Palacios to Belgian side Club Brugge KV. After featuring rarely, he returned to his home country on 16 January 2018 to join Atlético Nacional.