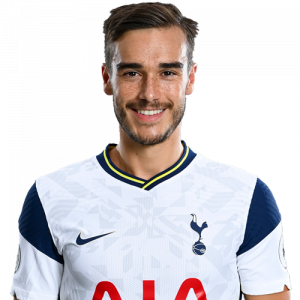 Harry Billy Winks (born 2 February 1996) is an English professional footballer who plays as a central or defensive midfielder for Premier League club Tottenham Hotspur and the England national team.

Harry Winks was born to Anita and Gary Winks. He has Spanish ancestry through his maternal grandparents. He was born and raised in Hemel Hempstead and was educated at Cavendish School. Winks is a Tottenham Hotspur fan; he attended his first match at White Hart Lane when he was six. He was invited to train at Tottenham’s development centre in St Albans after attending a summer football camp run by an academy coach when he was five, and joined the Tottenham Academy at the age of five.