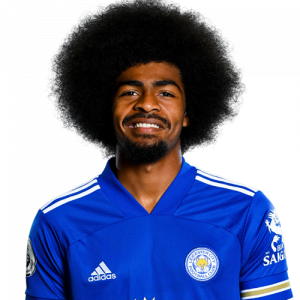 Leicester City
Choudhury began his career at the Leicester City Academy, and at the age of 16 was reportedly monitored by a number of top European clubs. He joined League One leaders Burton Albion on a one-month loan deal on 27 February 2016. He made his debut in the Football League later that same day, coming on as a 77th-minute substitute for Tom Naylor in a 0–0 draw with Walsall at the Pirelli Stadium. On 6 August 2016, Choudhury signed another loan deal with Burton Albion for the 2016–17 season. On the same day, Choudhury featured in Burton Albion’s first ever Football League Championship game, claiming an assist in a 4–3 defeat against Nottingham Forest.

On 19 September 2017, Choudhury debuted for Leicester City coming on as substitute in the 82nd minute of an EFL Cup 3rd round home win against Liverpool. On 28 November 2017, Choudhury made his Premier League debut for Leicester coming on as substitute in the 83rd minute of a home win against Tottenham Hotspur. His first Premier League start came on 14 April 2018, in a 2–1 away defeat to Burnley.

2019–20 season
On 30 August 2019, Choudhury signed a new four-year contract with Leicester. On 1 January 2020, Choudhury scored his first senior goal for Leicester, an outside the box strike in the 86th minute, in a 3–0 away win at Newcastle United.

International career
On 26 May 2018, Choudhury made his debut for the England national under-21 football team, coming on as a substitute during the 2–1 win against China under-21 in the 2018 Toulon Tournament. Choudhury started for England in the next match of the tournament, a 0–0 draw against Mexico.

On 27 May 2019, Choudhury was included in England’s 23-man squad for the 2019 UEFA European Under-21 Championship but was shown a straight red card for a reckless tackle during the second half of the opening 2–1 defeat to France in Cesena.

Personal life
Choudhury is of Bengali-Grenadian ancestry. He was raised in a traditional Bengali Muslim family, and visited Bangladesh as a child. His mother and step-father are Bengali from the Dewan Bari in Snanghat Union, Bahubal, Habiganj District in Bangladesh. He has fluency in his native tongue Bengali (Sylheti), and also reads the Quran. He is eligible to play for the Grenada national team through his biological father.

In April 2019 he apologised for historical offensive tweets. He was later charged with misconduct by the FA, and fined £5,000 and put on an educational course.