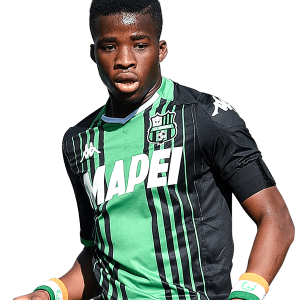 Hamed Traorè (born 16 February 2000) is an Ivorian professional footballer who plays as a midfielder for Serie A club Sassuolo, on loan from Empoli.

Club career
Empoli
Traorè made his Serie B debut for Empoli on 8 October 2017 in a game against Foggia. On 26 August 2018, he made his debut in Serie A in the defeat against Genoa, substituting Zajc the 85th minute.

On 15 January 2019, Fiorentina agreed a deal to sign Traorè with him remaining on loan at Empoli for the remainder of the season. However, at the end of the season, Empoli chairman Fabrizio Corsi announced the deal had fallen through.

Sassuolo
On 12 July 2019, Traorè joined Sassuolo on a two-year loan with an option to buy.

International career
Traorè debuted for the Ivory Coast U23s in a pair of 2019 Africa U-23 Cup of Nations qualification matches in March 2019.