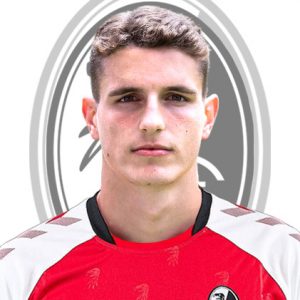 Guus Til (born 22 December 1997) is a Dutch professional footballer who plays as a midfielder for SC Freiburg, on loan from Spartak Moscow.

Club career
AZ
Til is a youth exponent from AZ. He made his professional debut on 4 August 2016 as a substitute in a UEFA Europa League play-off match against PAS Giannina, replacing Joris van Overeem after 71 minutes.

Spartak Moscow
On 5 August 2019, Spartak Moscow announced they had signed Guus Til from AZ for a reported transfer fee of €18 million (the third highest transfer fee in club history at the time). He also signed a 4 year contract with the club. In his Russian Premier League debut on 11 August 2019 against FC Akhmat Grozny, he provided 2 assists in a 3–1 victory. He scored his first goal for Spartak on 25 August 2019 in an away game against PFC Krylia Sovetov Samara, when his added-time goal gave his team a 2–1 comeback away victory.

SC Freiburg
On 3 September 2020, Til joined Bundesliga side SC Freiburg on a season-long loan with option to buy.