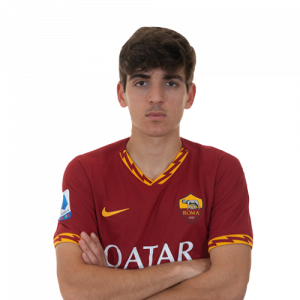 Gonzalo Villar del Fraile (born 23 March 1998) is a Spanish professional footballer who plays for Serie A club Roma as a central midfielder.

Early career
Villar was born in Murcia, and represented Elche CF as a youth. On 4 January 2015, aged just 16, he made his senior debut with the reserves by coming on as a second-half substitute in a 0–3 Segunda División B home loss against UE Sant Andreu.

Elche
On 9 July 2018, Villar returned to Elche, being assigned to the main squad in Segunda División; Valencia retained 80% of his future transfer. He made his professional debut on 18 August, starting in a 0–0 home draw against Granada CF.

Villar scored his first professional goal on 24 November 2019, netting his team’s third in a 3–3 away draw against Málaga CF.

Roma
On 29 January 2020, Villar moved abroad for the first time in his career, signing a four-and-a-half-year contract with AS Roma. Roma paid an initial fee of €4 million for his transfer, with potential extra €1 million due based on performance. He made his Serie A debut on 15 February, replacing Diego Perotti in a 1–2 away loss at Atalanta BC.