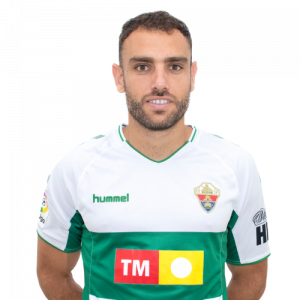 Gonzalo Cacicedo Verdú (born 21 October 1988), known simply as Gonzalo, is a Spanish professional footballer who plays for Elche CF as a centre back.

Born in Cartagena, Murcia, Gonzalo spent the vast majority of his career in the lower leagues of his country. In 2010–11 he made his professional debut with Albacete Balompié, his input consisting of six games in a relegation-ending season in the second division; his first appearance in the competition was on 23 April 2011, playing 60 minutes – as a substitute – in a 4–2 away loss against Xerez CD.