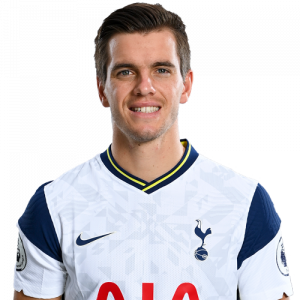 Giovani Lo Celso (born 9 April 1996) is an Argentinian professional footballer who plays as a central midfielder for English club Tottenham Hotspur and the Argentina national team.

Lo Celso is a youth product of Rosario Central. He made his league debut at 19 July 2015 against Vélez Sarsfield in a 0-0 home draw. On 28 February 2016, Lo Celso scored his first Rosario Central goal in a 3–0 victory over Colón, netting Rosario’s first in the 6th minute. He then went on to score his second of the campaign in a 3–2 defeat to Vélez Sarsfield on 10 April 2016.