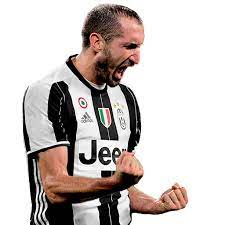 Giorgio Chiellini (born 14 August 1984) is an Italian professional footballer who plays as a defender and captains both Serie A club Juventus and the Italy national team.

He is a physically strong and aggressive defender, and is considered one of the world’s best centre-backs; he is also capable of playing as a left-back, both in a three or four-man defence.

He made his international debut for Italy in 2004, and currently has a total of 105 caps, making him Italy’s seventh-highest appearance holder. He was selected in the nation’s squads for the 2004 Olympics, winning a bronze medal, as well as for three UEFA European Championships, two FIFA World Cups and two FIFA Confederations Cups, helping the Azzurri to reach the final of UEFA Euro 2012 and achieve a third-place finish at the 2013 FIFA Confederations Cup.