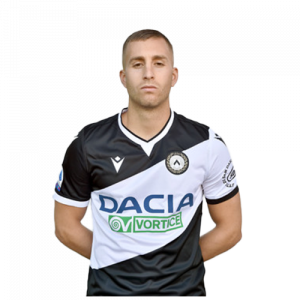 Mainly a forward, he can also play as a winger on both flanks.

He started his career with Barcelona, first appearing with the first team at the age of 17, and was loaned to Everton and Sevilla before joining the former on a permanent deal in the summer of 2015. After a successful loan spell at Italian side A.C. Milan, he was brought back to Barcelona in June 2017, before being loaned to Watford in January 2018; later that year, Watford signed him outright.

Deulofeu was also a Spanish youth international, having represented the country over 80 times at under-16, under-17, under-19, under-20 and under-21 levels, being named the UEFA Under-19 Championship Golden Player in 2012. In 2014, he made his senior debut for the Spain national football team.

On 30 January 2021, Deulofeu completed a permanent transfer to Udinese, signing a three-and-a-half-year contract.