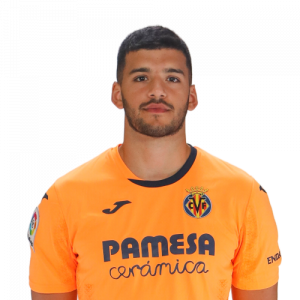 Gerónimo Rulli (born 20 May 1992) is an Argentine professional footballer who plays as a goalkeeper for Spanish club Villarreal and the Argentina national team.

Villarreal
On 4 September 2020, after his loan ended with Montpellier, Rulli agreed to a four-year deal with Villarreal. In his first season, manager Unai Emery preferred to play Sergio Asenjo in goal in the league, and Rulli in the Europa League. He made his league debut for the club on 21 April in a 2–1 loss at Deportivo Alavés, having been chosen to prepare for the European semi-final against Arsenal.

On 26 May 2021, Rulli scored the winning penalty kick and then saved David de Gea’s penalty in his side’s 11–10 penalty shoot-out victory over Manchester United in the final of the 2020–21 UEFA Europa League after the game finished 1–1 at extra-time to win the first European title for Villarreal.