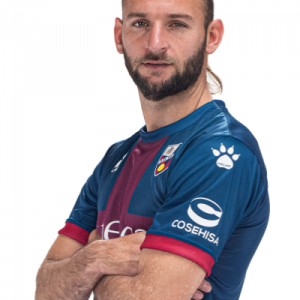 Defensor Sporting
He began his professional career in Defensor Sporting, debuting on 8 November 2011, at age 16, in the 0–2 away win against Montevideo Wanderers, substituting Brahian Alemán. On 18 April 2012 he made his official debut in the Copa Libertadores in a 1–3 away win against Argentina’s Club Atlético Vélez Sarsfield. He made a total of 29 appearances and provided 2 assists between the Uruguayan Primera División and Copa Libertadores.

In the 2011–12 Uruguayan Primera División season he played a game in the Apertura tournament, but was often a starter in the Clausura tournament, contributing to the final victory. The following season, he played in all 17 games in the league and four in the Copa Libertadores, confirming his position as one of the emerging prospects of Uruguayan football.

Torino
On 21 July 2014 Silva transferred to Serie A side Torino for €2.3 million, signing a four-year contract with an option for a fifth. On 18 September he made his debut for Torino in the UEFA Europa League against Club Brugge; he scored his first goal ever for Torino in the cup against Copenhagen, ending 1–5.

Granada (loan)
On 18 August 2016, Silva joined Spanish side Granada CF on a season-long loan deal. He made his La Liga debut ten days later, replacing Gabriel Silva in a 1–5 away loss against UD Las Palmas.

Pumas UNAM–Independiente Controversy
On 24 July 2017, it was announced that Mexican club Pumas UNAM had signed Silvia on a two-year contract. However, on 27 July Italian side Torino (the club that held the contractual rights of the player) had announced that Silva was officially transferred to Pumas UNAM. Silva was expected to appear in Mexico City for the contract signing on 31 July but sources in Argentina indicated that said player had already passed medical examinations and eventually signed with Argentine Club Independiente even though his pay would be much less than that Pumas UNAM had offered. Pumas UNAM was not aware of this action which generated much disappointment. On 1 August 2017 UNAM stated in a press conference that they would take the proper measures and possibly enact legal action against Gastón Silva by consulting with Liga MX and Femexfut executives. The case is currently under investigation and could possibly be taken to FIFA on a later date.

In June 2018, UNAM loses the case against Silva and is ordered to pay over one million, six hundred dollars ($USD) to Italian side Torino for a player transfer that was never fulfilled.

Huesca
On 3 September 2020, La Liga club Huesca announced the signing of Silva on a one-year deal.