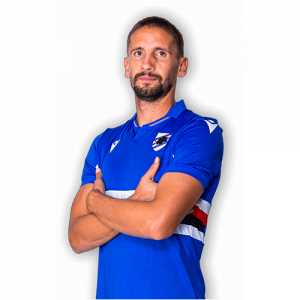 He had spells in Uruguay with Peñarol and in Italy with Bologna before moving into the Premier League to Southampton. During his time with Southampton, he spent one season on loan to Hull City in the 2014–15 season in the same division, and the first half of the 2016–17 season with Middlesbrough before joining them permanently for one season. In 2017 he moved back to Italy signing with Sampdoria. Since 2010, he has played for the Uruguayan national team, representing them at the 2012 Olympics, 2013 Confederations Cup and 2014 World Cup.

On 4 August 2017, Ramírez joined Serie A side Sampdoria for a fee of £9.85 million. It came after Middlesbrough received no bids for his services and his contract contained no clause allowing him to approach clubs. Reflecting on playing in England he said:”I’ve been five years in the Premier League (previously at Southampton and Hull), I grew up playing with strong players. I played the World Cup, Copa America, now I’ve improved and completed. I have the right experience to take on my responsibilities and give the team what is missing in an important moment for my career.”

Ramírez made his Sampdoria debut in the opening game of the season, where he set up a goal for Fabio Quagliarella.