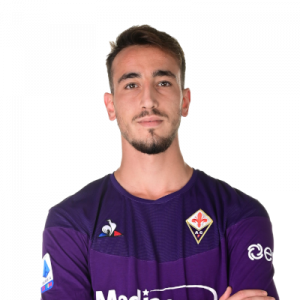 Gaetano Castrovilli (born 17 February 1997) is an Italian professional footballer who plays as midfielder for Serie A club Fiorentina and the Italy national team.

He was born on February 17, 1997 in the city of Canoza di Puglia. He started playing football for the Minervino team, and in 2008 he joined the Bari football academy.

He made his debut in adult football in 2015 by playing for the main team “Bari” in Serie B.

In February 2017, the young midfielder accepted an offer to move to Fiorentina, but for two more seasons he continued to play in the second Italian division, where he defended the colors of Cremonese on lease, in which he was the main player of the team.

In the summer of 2019, he returned to Fiorentina, where he began to receive regular playing time.