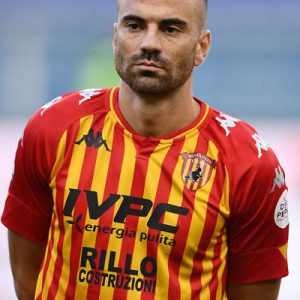 Gabriele Moncini (born 26 April 1996) is an Italian footballer who plays as a forward for Italian Serie A club Benevento.

Born in Pistoia, Tuscany, Moncini and Niccolò Arcangioli were signed by Piedmontese club Juventus in 2011, initially in temporary deal from Tuscan club Prato. In June 2012 Juventus signed Moncini outright, for €200,000. Moncini was the member of Allievi U17 team from 2011 to 2013. In August 2013 he was signed by Serie B club Cesena in a temporary deal.

Moncini was a member of Cesena’s reserve in 2013–14 season. He also made his first team debut in Serie B on 8 November 2013. On 30 January 2014 Cesena signed Moncini in co-ownership deal, with Stefano Pellizzari moved to opposite direction. Both 50% registration rights of the players were valued for €1 million.

On 7 January 2016 Moncini was signed by Prato in a temporary deal. At the start of 2016–17 season Moncini briefly played for Cesena in pre-season friendly. However, on 4 August 2016 Moncini returned to Prato.