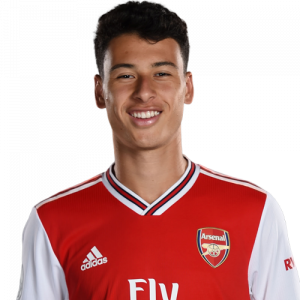 Gabriel Teodoro Martinelli Silva (born 18 June 2001) is a Brazilian professional footballer who plays as a forward for English Premier League club Arsenal. Martinelli is known for his speed, positional awareness, and goalscoring ability.

Born and raised in Guarulhos, Martinelli initially featured as a futsal player for Corinthians, before beginning his football career with Série D club Ituano in 2015. After featuring and scoring for Ituano in the league and Campeonato Paulista, Martinelli signed for English club Arsenal in 2019.

At international level, Martinelli represents the Brazil under-23s, but is eligible to play for Italy through his father.