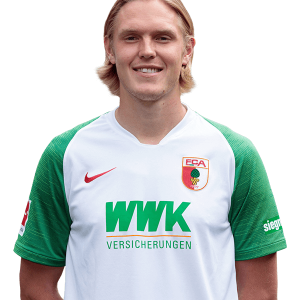 Hans Fredrik Jensen (born 9 September 1997) is a Finnish professional footballer who plays as a midfielder and winger for Bundesliga club Augsburg and the Finland national team.

Jensen began his senior career at Twente before signing with Augsburg at age 20 in 2018. He made his debut for Finland on 28 March 2017 at the age of 19 in a 1–1 friendly draw over Austria, scoring the equalising goal. Jensen later appeared in the 2018 FIFA World Cup qualification and the UEFA Euro 2020 qualifying campaign, where Finland secured its first-ever place in the main tournament group stage.

Jensen’s older brother, Richard is also a professional footballer who plays for Roda JC. Jensen is a member of the Swedish-speaking population of Finland.