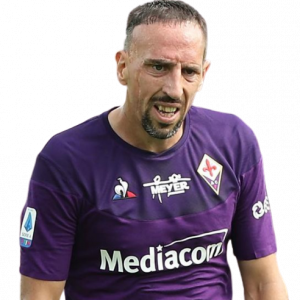 He primarily plays as a winger, preferably on the left side, and is known for his pace, energy, skill, and precise passing. Ribéry has been described as a player who is fast, tricky and an excellent dribbler, who has great control with the ball at his feet. While with Bayern, he was recognised on the world stage as one of the best players of his generation. The previous talisman of the French national team, Zinedine Zidane, once referred to Ribéry as the “jewel of French football”.

Ribéry’s career began in 1989 as a youth player for local hometown club Conti Boulogne. He left the club after seven years to join professional outfit Lille, but departed the club after three years after having difficulties adjusting. In 1999, Ribéry joined US Boulogne, where he played for two years. After spending two more years in the amateur divisions with two clubs (Alès and Brest), Ribéry earned a move to Ligue 1 club Metz in 2004. After six months with the club, Ribéry moved to Turkey in January 2005 to join Galatasaray, where he won the Turkish Cup. After six months at Galatasaray, he departed the club in controversial fashion in order to return to France to join Marseille. Ribéry spent two seasons at the club, helping the Marseillais reach the final of the Coupe de France in back-to-back seasons.

In 2007, Ribéry joined German club Bayern Munich for a then club-record fee of €25 million. With Bayern, he won nine Bundesliga titles (a Bundesliga record), six DFB-Pokal, one UEFA Champions League and one FIFA Club World Cup, which include five doubles and one treble, amounting to a then club record of 24 titles over twelve seasons. His form for Bayern in the club’s 2012–13 treble winning season saw him nominated alongside Lionel Messi and Cristiano Ronaldo on the three-man shortlist for the 2013 FIFA Ballon d’Or. During his long spell at Bayern, Ribéry was also known for his fruitful partnership with fellow winger Arjen Robben—together they were affectionately referred to by the nickname Robbery. He left Bayern in summer 2019, and subsequently joined Italian side Fiorentina, while Robben retired from football.

Between 2006 and 2014, Ribéry represented the France national football team 81 times. Ribéry has represented his nation at two FIFA World Cups (2006, 2010) and two UEFA European Championships (2008, 2012). Individually, Ribéry is a three-time winner of the French Player of the Year award and also won the German award of Footballer of the Year, becoming the first player to hold both honours. He has also been named to the UEFA Team of the Year and declared the Young Player of the Year in France. In 2013, Ribéry won the UEFA Best Player in Europe Award. In 2013, he was also ranked fourth in The Guardian’s list of the best players in the world.