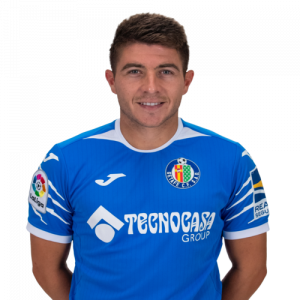 Francisco Portillo Soler (born 13 June 1990) is a Spanish professional footballer who plays for Getafe CF as an attacking midfielder.

Born in Málaga, Andalusia, Portillo emerged through local Málaga CF’s youth ranks. He first appeared with the first team in the 2009 pre-season, being considered player of the match in the Peace Cup 1–0 win against Aston Villa on 25 July.

Portillo made his La Liga debut on 24 January 2010, replacing injured Patrick Mtiliga in the 74th minute of a 0–2 loss at Real Madrid. On 10 August, he made a contract extension with the club running until June 2013.

After the 2011 summer signing of Joaquín, Portillo was further demoted down in Málaga’s pecking order, not making the 18-men squad in most of the matches. His first league appearance of the season only came on 9 April 2012, as he played the last eight minutes in a 3−0 home win over Racing de Santander.

On 15 September 2012, Portillo scored his first goal as a professional, with a beautiful volley in a 3−1 home defeat of Levante UD. He appeared in 38 competitive games during the campaign, including eight in the side’s first-ever participation in the UEFA Champions League.

On 15 January 2015, Portillo was loaned to Segunda División’s Real Betis until June, with an obligatory buyout clause if the team was promoted. After contributing with 21 appearances during the season, he signed a permanent three-year deal with the club.

Portillo was loaned to Getafe CF of the second tier on 31 August 2016, for one year. After achieving promotion, he was bought outright on 3 July 2017.