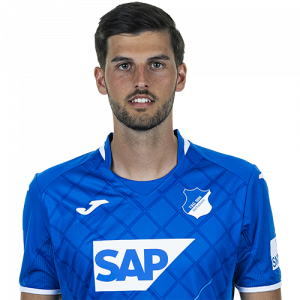 Florian Grillitsch (born 7 August 1995) is an Austrian professional footballer who plays for 1899 Hoffenheim and the Austria national team as a midfielder, or centre back.