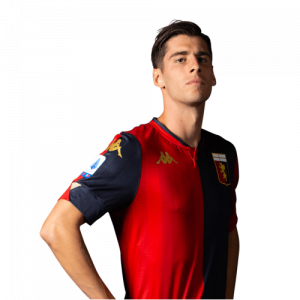 Filippo Melegoni (born 18 February 1999) is an Italian professional footballer who plays as a midfielder for Serie A club Genoa, on loan from Atalanta.

Early career
Melegoni was born in Bergamo, Italy, and began his career at local Serie A side Atalanta. A midfielder, he states that his playing style is modelled on his childhood idols Zinedine Zidane and David Beckham.

Atalanta
Melegoni played at various age levels of the Atalanta youth sector, including making 24 appearances for the under-17 side, scoring six goals. He eventually began to play in the full Primavera side in 2016, and established himself as a mainstay in the centre of midfield. After being named on the Atalanta first-team bench for several games, Melegoni was placed in the starting line-up for the match against Sampdoria on 22 January 2017. He played the first half before being replaced at the interval, in an eventual 1–0 win.

Loan to Genoa
On 16 September 2020, Melegoni joined Genoa on a two-year loan deal with a conditional obligation to buy.