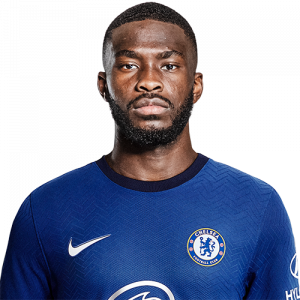 Oluwafikayomi Oluwadamilola “Fikayo” Tomori (born 19 December 1997) is a professional footballer who plays as a centre back for Premier League club Chelsea and the England national team. Born in Calgary to Nigerian parents, Fikayo has represented both Canada and England at youth level. Mainly playing as a centre-back, Tomori can also play as a right-back.

Tomori joined Chelsea at under-8 level and progressed through the club’s academy system. He was part of the Chelsea youth side which recorded back to back triumphs in both the UEFA Youth League and the FA Youth Cup in 2015 and 2016.

On 11 May 2016, Tomori was named upon the first-team substitute bench along with fellow academy players Tammy Abraham and Kasey Palmer, in Chelsea’s 1–1 draw with Liverpool. However, he failed to make an appearance at Anfield. On 15 May 2016, in Chelsea’s final game of the 2015/16 campaign, Tomori made his professional debut in a 1–1 draw with Premier League champions Leicester City, replacing Branislav Ivanović in the 60th minute. Although Tomori was included in the United States pre-season tour, he did not make a single appearance. On 1 August 2016, Tomori signed a new four-year contract ahead of the 2016–17 campaign. On 12 August 2016, Tomori was handed the number 33 shirt prior to the season’s beginning, switching from his previous number 43.

Following the expiration of his loans, Tomori returned to Chelsea where he was given the No. 29 shirt. On 31 August 2019, Tomori made his first start for Chelsea against Sheffield United, which ended a 2–2 draw at Stamford Bridge. He scored his first goal for Chelsea on 14 September 2019, opening the scoring with long-range curler from outside the box, in a 5–2 away win over Wolves. He scored a header against former club Hull City to help Chelsea to a 2–1 win in the fourth round of the FA Cup at the KCOM Stadium on 25 January.