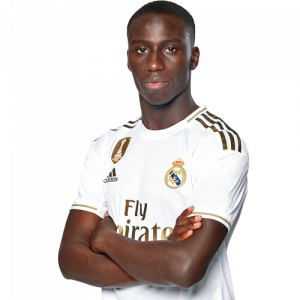 Ferland Sinna Mendy (born 8 June 1995) is a French professional footballer who plays as a left back for Real Madrid and the France national team.

Early career
During the 2016–17 Ligue 2 season, Mendy made 35 appearances for Le Havre.

Lyon
Mendy signed for Ligue 1 club Lyon on 29 June 2017 on a five-year contract. The transfer fee paid to Le Havre was reported as €5 million plus a possible €1 million in bonuses. On 19 September 2018, he made his Champions League debut in a 2–1 away win over Manchester City in the 2018–19 season.