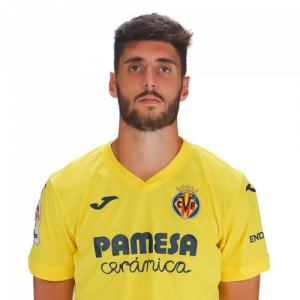 Fernando “Fer” Niño Rodríguez (born 24 October 2000) is a Spanish professional footballer who plays for Villarreal as a forward.

Niño was born in Rota, Cádiz, Andalusia, and joined Villarreal CF’s youth setup in 2016, after representing Balón de Cádiz CF, Cádiz CF and CD Rota. He made his senior debut with the C-team on 24 August 2019, starting in a 3–0 Tercera División away win against Recambios Colón CD.

Niño scored his first senior goal on 26 October 2019, netting the opener in a 5–0 home routing of UD Benigànim. The following 22 January, without even appearing for the reserves, he made his first team debut by coming on as a second-half substitute for Pau Torres in a 3–0 away defeat of Girona FC, for the season’s Copa del Rey.

Niño made his La Liga debut on 25 January 2020, in a 2–1 win at Deportivo Alavés; replacing Carlos Bacca in the 88th minute, he scored the winner in the following minute. On 12 November, he renewed his contract until 2024.