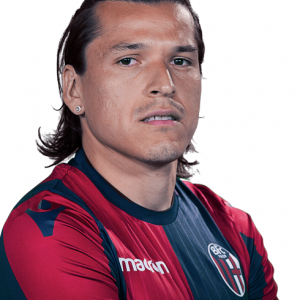 Federico Javier Santander Mereles (born 4 June 1991) is a Paraguayan footballer who plays as a forward for Italian club Bologna and the Paraguay national football team.

Santander ranked number 3 in a list of the most expensive players in Paraguayan football for 2015 published by Diario Extra.