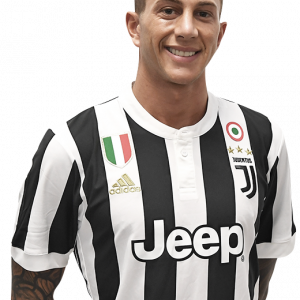 Federico Bernardeschi (born 16 February 1994) is an Italian professional footballer who plays as a winger or attacking midfielder for Serie A club Juventus and the Italy national team.

His nickname is Brunelleschi, after the famous Florentine architect, for his technique and elegance on the pitch.

Bernardeschi began his playing career with Atletico Carrara and Polisportiva Ponzano. In 2003, he moved to the Fiorentina youth system, where he spent 10 years, before spending one season on loan at Crotone during the 2013–14 season. He returned to Fiorentina the following season. In July 2017, he was sold to Juventus, where he has since won three consecutive Serie A titles, among other trophies.

At international level, Bernardeschi has represented Italy at youth level since 2011, eventually making his senior debut in 2016, and was a member of the nation’s squad at UEFA Euro 2016.

Bernardeschi scored his first goal of the 2018–19 season in Juventus’s opening Serie A match on 18 August 2018, netting the winner in a 3–2 away victory over Chievo in injury time.

On 4 July 2020, Bernardeschi made his 100th appearance for Juventus in a 4–1 home win over rivals Torino in Serie A. On 26 July, he scored his first and only league goal of the season in a 2–0 home win over Sampdoria, which allowed Juventus to clinch the Serie A title.

During the second-half of the 2020–21 season under new manager Andrea Pirlo, Bernardeschi was converted into a full-back for Juventus after excelling in the position in a Coppa Italia win against Genoa on 13 January 2021.