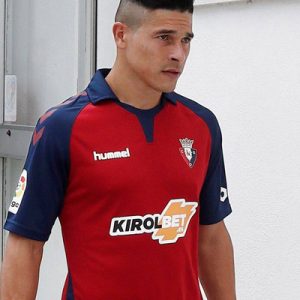 Mainly a central defender, he can also play as a right back.

Born in Chajarí, Entre Ríos Province of Italian descent, Roncaglia made his professional debut with Boca Juniors, his first Primera División match being on 21 October 2007 in a 1–1 draw against Estudiantes de La Plata. He helped the capital team win the 2008 Apertura.

On 27 July 2009, Roncaglia signed with La Liga side RCD Espanyol on loan, being part of a squad that also featured five compatriots – including manager Mauricio Pochettino and former Boca teammate Juan Forlín. He returned to his previous team at the end of the season, only to make an immediate move to Estudiantes on loan.

Roncaglia left Boca in July 2012 as a free agent, having scored in the first leg of the 2012 Copa Libertadores final against Sport Club Corinthians Paulista late in the previous month (1–1 home draw, 1–3 aggregate loss). He joined ACF Fiorentina in Italy immediately after, going on to appear in an average of 22 Serie A matches during his spell and also being loaned to fellow league club Genoa CFC.

On 12 July 2016, Roncaglia returned to Spanish football after agreeing to a four-year deal with RC Celta de Vigo. On 11 May 2017, he headed home in a 1–1 away draw against Manchester United in the second leg of the semi-finals of the UEFA Europa League, but was also sent off following a spat with Eric Bailly and his team was also ousted 1–2 on aggregate.

On 31 January 2019, Roncaglia was loaned to Valencia CF until June. On 8 August, after returning from loan, he signed a one-year contract with fellow top-tier club CA Osasuna for a fee of € 250,000.