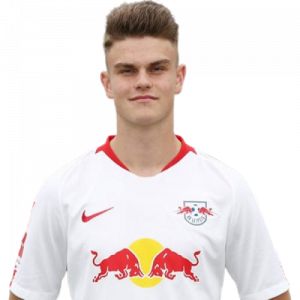 Fabrice Daniel Hartmann (born 2 March 2001) is a German footballer who plays as a winger for RB Leipzig.

Club career
Hartmann made his professional debut for RB Leipzig on 26 July 2018, coming on as a substitute in the 89th minute for Matheus Cunha in the UEFA Europa League qualifying match against Swedish club BK Häcken of the Allsvenskan, which finished as a 4–0 home win.