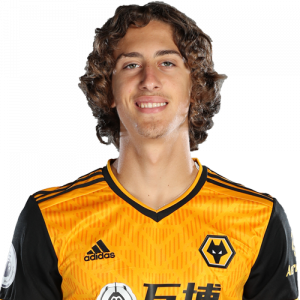 Silva made his professional debut for Porto in August 2019, and set several club records relating to his young age.

On 5 September 2020, Silva moved to English Premier League club Wolverhampton Wanderers in a five-year deal for a club record fee of a reported £35 million. He made his full club debut on 17 September 2020 in an EFL Cup defeat to Stoke City; four days later he made his Premier League debut as a second-half substitute in a 3–1 home loss to Manchester City.

Silva scored his first two goals in a Wolves shirt for the under-21 team in a 2–1 away win over Doncaster Rovers in the EFL Trophy on 10 November 2020.

Silva made his first appearance in Wolves’ starting XI for a league game in a 1–0 home defeat against Aston Villa on 12 December 2020.

On 21 December 2020, Silva scored his first league goal for Wolves through a penalty in a 2–1 away loss against Burnley. In doing so, Silva became Wolves’ youngest ever Premier League goalscorer.

On 16 January 2021, Silva scored his first goal from open play and his first goal at Molineux for Wolves in a 3–2 home defeat to West Bromwich Albion in the Black Country derby.