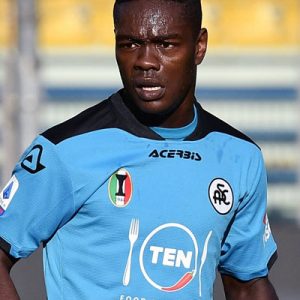 Emanuel Quartsin Gyasi (born 11 January 1994) is a professional footballer who plays as a forward for Spezia. Born in Italy, he represents the Ghana national team.

After having played a good championship in Alto Adige (34 appearances and 4 goals), in the 2018/2019 season he plays his first Serie B championship. On the following day, a few minutes after his entry into the field, he scored the final 3-2 goal against Brescia, future winner of the cadet championship.

After a first championship with 3 goals in 32 appearances (one of which in the play-offs), in the second year Gyasi shows himself more in the realization phase, so much so that between February and March he scores in 4 consecutive games. After a regular season with 8 goals, in the play-offs he decides the first leg of the final won 0-1 in Frosinone, thus contributing to the Ligurians’ first promotion to Serie A by virtue of the 0-1 defeat of return, which qualifies the Ligurians thanks to the detached classification.

On 27 September 2020 he made his debut in the top flight in the 1-4 defeat against Sassuolo. He scored his first goal in Serie A on the following 29 November in the 2-2 draw against Cagliari. Two days later he renews his contract with the Eaglets until 2023.