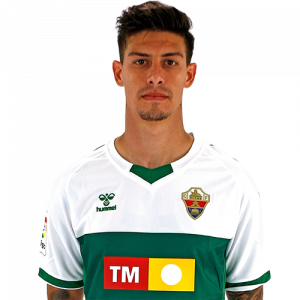 Rigoni is a youth exponent from Club Atlético Belgrano. He made his league debut on 4 August 2013 against CA Lanús in a 3–0 away defeat. In January 2016, he joined Club Atlético Independiente. He has scored in his debut for Independiente against his former club Belgrano.

On 19 October 2017, he scored the first hat-trick of his career in a 3–1 Europa League group win over Rosenborg BK.

On 17 August 2018, Zenit announced that Rigoni would join Serie A club Atalanta B.C. for the 2018–19 season, with Atalanta holding an option to make the transfer permanent at the end of the loan. On 14 January 2019, Rigoni returned to Zenit.

On 2 September 2019, Zenit announced that Rigoni would spend the rest of the 2019–20 on loan to Italian club U.C. Sampdoria, with Sampdoria holding an option to purchase his rights at the end of the loan. On 1 February 2020, Sampdoria terminated the loan early.

On 1 July 2020, he scored a late winner in Zenit’s 2–1 away victory against FC Tambov. On 5 October, deadline day, he moved to La Liga side Elche via one-year loan.

On 21 May 2021, Rigoni signed a three-year contract with Brazilian club São Paulo FC.