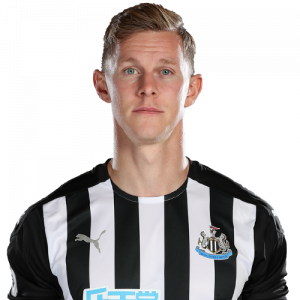 Krafth was born in Ljungby, Kronoberg County. Growing up, he began playing football, coming from his parents, Pelle and Pernilla, who were both footballers, and joined his then mother’s club, Lagans AIK, at five years old. Krafth was coached by his parents throughout his time at Lagans AIK. He initially started out playing as a defensive midfield and striker positions before switching to the defender positions, eventually playing in the right–back position.

Krafth signed a four-year deal with Premier League club Newcastle United on 8 August 2019 after the side reached a £5m deal with Amiens SC. Upon joining the club, he said: “It feels really good. It’s been a busy couple of days, but finally I’m here. I’m very happy to sign for Newcastle and I can’t wait to start training with the guys. When a Premier League team wants to sign you, of course you are happy. I know Newcastle is a big club, so I’m very happy to sign here and to be here right now. It’s a good moment in my career to take a step forward. The plans Newcastle had for me, I felt like they was fitting me perfectly, so that was why I chose Newcastle.”