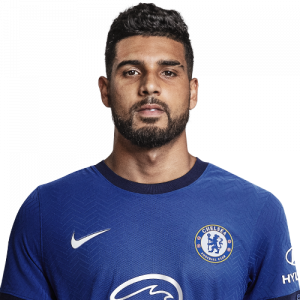 Emerson Palmieri dos Santos (born 3 August 1994), known as Emerson Palmieri or simply Emerson, is a professional footballer who plays for Premier League club Chelsea and the Italy national team. Mainly a left back, he has been deployed as a left wing back and a left midfielder on occasion.

Internationally, Emerson played for his native Brazil at under-17 level, but he later declared his desire to represent Italy, having been granted Italian citizenship in 2017. He has since been called up to the Italy national team, making his senior international debut with the side in 2018.