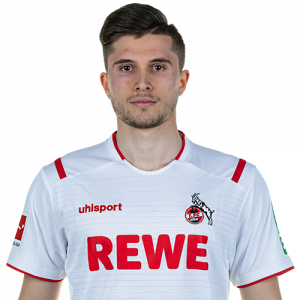 Elvis Rexhbeçaj (born 1 November 1997) is a German Kosovo-Albanian footballer who plays as a midfielder for 1. FC Köln, on loan from VfL Wolfsburg.

VfL Wolfsburg
On 20 August 2017, Rexhbeçaj signed a professional contract with Bundesliga side VfL Wolfsburg. On 28 January 2018, he made his debut in a 1–0 away win against Hannover 96 after coming on as a substitute at 84th minute in place of Daniel Didavi.

Loan at 1. FC Köln
In January 2020, it was announced that Rexhbeçaj would be loaned to 1. FC Köln until June 2021. The move included an option to remain permanently at the club.