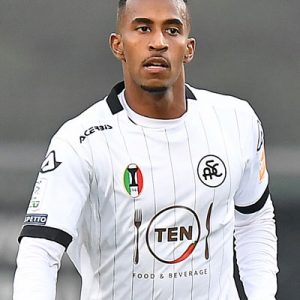 Elio Capradossi (born 11 March 1996) is an Italian professional footballer who plays as a centre-back for Serie A club Spezia.

Capradossi is a product of Roma youth academy. He won the 2015–2016 Italian U19 Championship with Roma’s U19 team as the squad captain.

In the summer 2016 he was loaned to Bari in Serie B. He made his league debut on 24 September 2016 playing as a starter in the match against Benevento at Stadio San Nicola. In January 2018, after one season and a half spent at Bari, he returned to Roma.

On 6 May 2018 he made his debut with Roma in a 1–0 away victory against Cagliari where he was played in the starting 11.

On 1 August 2019, Capradossi signed to Serie B club Spezia on a four-year contract.