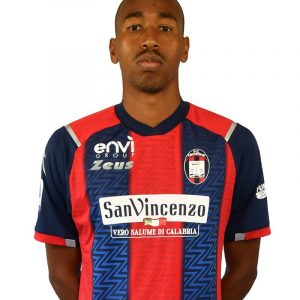 Eduardo Henrique da Silva (born 17 May 1995), known as Eduardo Henrique or simply Eduardo, is a Brazilian professional footballer who plays as a defensive midfielder for Crotone, on loan from Sporting CP.

Guarani
Born in Limeira, São Paulo, Eduardo graduated from Guarani’s youth setup. He made his professional debut on 21 January 2012, coming on as a late substitute in a 2–1 home win against Oeste for the Campeonato Paulista championship.

São Paulo
In September 2012 Eduardo moved to São Paulo, on loan until January.After his loan expired, he refused to return to his parent club, and his deal was eventually cancelled in March 2013.

Atlético Mineiro
Late in the year, Eduardo moved to Atlético Mineiro. He made his Série A debut on 18 May 2014, playing the last 24 minutes of a 2–1 away win against Santos.

Internacional
In August 2018, Eduardo joined Internacional and in April 2017, he was loaned out to Atlético Paranaense for the rest of the year.

Crotone
On 10 September 2020, Eduardo joined Crotone on a season-long loan.