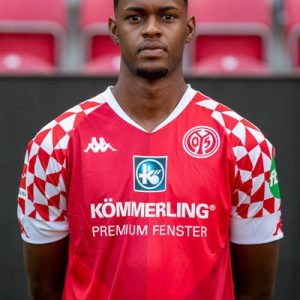 Edimilson Fernandes Ribeiro (born 15 April 1996) is a Swiss professional footballer who plays as an attacking midfielder for Bundesliga side Mainz 05.

Sion
Fernandes is a youth exponent from FC Sion. He made his Swiss Super League debut on 1 June 2013 against FC Zürich in 4–2 home win. He started in the first eleven and was substituted after 53 minutes. He scored his first senior goal on 1 March 2015 in a 2–2 draw at home to FC Luzern. Fernandes played every minute of Sion’s 2015–16 Europa League campaign before the side was knocked out by Braga in the last 32. In all games, he played 65 times for Sion’s first team and 41 games for the club’s under-21 side.

West Ham United
On 25 August 2016, Fernandes signed a four-year deal with English club West Ham United for a fee of £5 million. He made his West Ham debut on 25 September 2016 in a 3–0 home defeat by Southampton, coming on as an 82nd-minute substitute for Mark Noble. On 26 October 2016, Fernandes scored his first goal for West Ham in a 2–1 win against Chelsea in the EFL Cup, winning praise from manager Slaven Bilić.

Loan to Fiorentina
On 13 August 2018, Fernandes joined Italian side Fiorentina on a one-year loan deal with an option to buy.