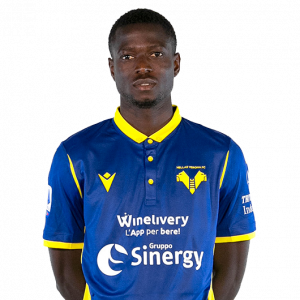 Ebrima Colley (born 1 February 2000) is a Gambian professional footballer who plays as a midfielder for Hellas Verona, on loan from Atalanta, and the Gambia national team.

Club career
Colley started playing for the Under-19 squad of Atalanta in the 2017–18 season. He made his professional debut for Atalanta in a 2–1 Serie A loss to Bologna on 15 December 2019.

International career
Colley made his debut for the Gambia national football team on 22 March 2019 in an Africa Cup of Nations qualifier against Algeria, as a 81st-minute substitute for Ebrima Sohna.