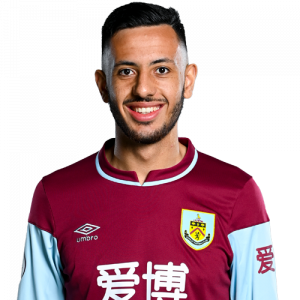 Born in Rochdale, Greater Manchester, McNeil started his career in the youth system at Manchester United before he signed for the Burnley Academy in 2014. In July 2016 he was rewarded with a two-year scholarship and was a regular member of the under-18 squad and occasionally played for the Development Squad. In February 2018, he travelled with the first team squad for the Premier League game against Swansea City but failed to make the match-day squad. On 10 April 2018, following the end of his scholarship, he signed a professional two-year contract with the option of a third year in the club’s favour. On 13 May 2018, he made his first team debut in the final match of the 2017–18 season when he replaced Aaron Lennon as a late substitute in the 2–1 home defeat to AFC Bournemouth. McNeil scored his first goal for the club in a 2–0 home win against West Ham United on 30 December 2018. On 16 October 2020, McNeil signed a new long-term contract at Burnley, keeping him at the club until 2024.  On 13 March 2021, McNeil scored an amazing long-range effort against Everton F.C., making him Man Of The Match.

In March 2019, McNeil received his first call-up for the England U20s ahead of U20 Euro Elite League fixtures against Poland and Portugal. McNeil made his debut as a starter in a 3–1 defeat to Poland at St. George’s Park. In May 2019, he was included in the U20 squad for the 2019 Toulon Tournament and scored his first international goal during the 4–0 victory over Guatemala on 11 June 2019.