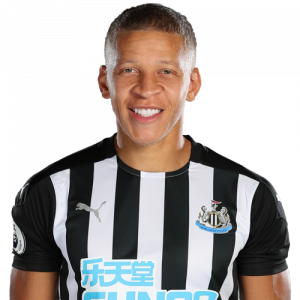 Gayle began his career in the Arsenal Academy. After being released as a teenager, over the following seasons he worked his way back up through the English football pyramid via stints at Ryan, Stansted, Bishop’s Stortford, Dagenham & Redbridge and Peterborough United, before establishing himself in the Premier League with Crystal Palace. In 2016, he signed for Newcastle United.

On 1 July 2016, Gayle signed a five-year contract for newly relegated Championship club Newcastle United. He made his debut for the club on 5 August, in a 1–0 defeat to Fulham. He scored his first goal for the club on 13 August, in a 2–1 defeat to Huddersfield Town. After having his spot kick saved, he scored from the rebound with his head. Gayle would score in the next two matches for Newcastle, with a brace in a 4–1 win over Reading, and the only goal of the game against Bristol City. It was not until over a month later when he found the net again, scoring a hat-trick against Norwich City, coming back from 3–1 down to win 4–3 in stoppage time. During October, Gayle scored braces in consecutive victories against Brentford and Barnsley, and on 20 November, Gayle scored another brace, this time against Leeds United. On 10 December, Gayle scored a hat-trick against Birmingham City. He would later score in matches against Burton Albion and Nottingham Forest, ending 2016 as the league’s top scorer with 19 goals.

He is described as an “energetic, hardworking, pacey striker” and a “natural finisher”.