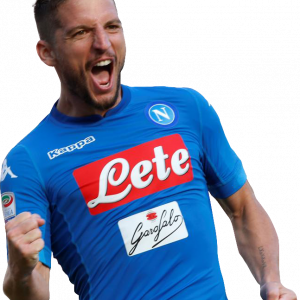 Dries Mertens (born 6 May 1987), nicknamed Ciro, is a Belgian professional footballer who plays as a striker or winger for Italian club Napoli and the Belgium national team. Mertens is Napoli’s all time top goalscorer.

As a youth, Mertens played for Stade Leuven, Anderlecht and Gent, and made his debut on loan to Eendracht Aalst in the Belgian Third Division. In 2006, he moved to Dutch Eerste Divisie club AGOVV Apeldoorn, where he spent three years before a €600,000 move to Utrecht of the Eredivisie. Two years later he and teammate Kevin Strootman were transferred to PSV Eindhoven for a combined fee of €13 million, and won the KNVB Cup and Johan Cruyff Shield in 2012. In 2013, Mertens signed for Napoli for a €9.6 million fee and has since made over 300 appearances for the club. He won the Coppa Italia and Supercoppa Italiana in 2014, and was named in the Serie A Team of the Year during the 2016–17 season. In 2020, he scored his 122nd goal for the club, surpassing Marek Hamšík as Napoli’s all-time top goalscorer.

Mertens made his Belgium debut in 2011 and has since made over 90 appearances for the national team. He was also part of the nation’s squads at the 2014 FIFA World Cup, UEFA Euro 2016 and the 2018 FIFA World Cup, helping them to a third-place finish at the latter tournament. In 2016, he was named Belgian Footballer of the Year.

On 21 March 2021, Mertens scored his 99th and 100th Serie A goals for Napoli in a 2–0 defeat of Roma. The Belgian forward is only the third Napoli player to score a century of league goals after Marek Hamsik (100) and Antonio Vojak (102).