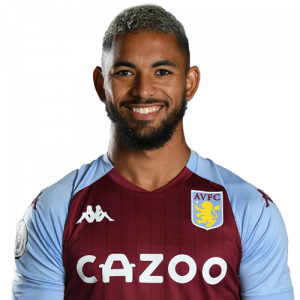 Douglas Luiz Soares de Paulo (born 9 May 1998), known as Douglas Luiz, is a Brazilian professional footballer who plays as a central midfielder for Premier League club Aston Villa and the Brazil national team.

Vasco da Gama
Douglas Luiz was born in Rio de Janeiro and joined Vasco da Gama’s youth setup in 2013, aged 14, after being approved in a number of tests held in Itaguaí. In July 2016, he was promoted to the first team by manager Jorginho due to Marcelo Mattos’ injury.

Douglas Luiz made his first team debut on 27 August 2016, coming on as a second-half substitute for Fellype Gabriel in a 2–2 away draw against Tupi for the Campeonato Brasileiro Série B championship. In his first start three days later, he scored his team’s only goal in a 2–1 loss at Vila Nova.

Douglas Luiz remained a starter for the Cruz-maltino until the end of the year, as his side achieved promotion to Campeonato Brasileiro Série A. In the meantime, he also extended his contract until 2019 on 26 September 2016.

Douglas Luiz made his debut in the main category of Brazilian football on 14 May 2017, starting in a 4–0 away loss against Palmeiras. His first goal in the division occurred on 10 June, as he netted his team’s second in a 2–1 home win against Sport.

On 1 August, he was loaned to La Liga side Girona FC for his first season with the club. Douglas Luiz made his debut for the Catalans on 26 August 2017, replacing Portu in a 1–0 home win against Málaga CF.

On 31 August 2018, Douglas Luiz was again loaned to Girona due to the UK Home Office denying him a work permit.