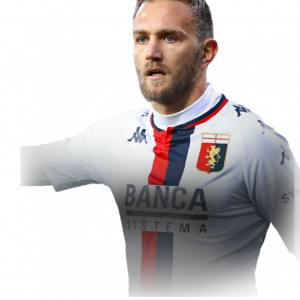 Domenico “Mimmo” Criscito (born 30 December 1986) is an Italian professional footballer who plays as a left-back and captains for Genoa and the Italian national team.

A versatile player, Criscito is effective both offensively and defensively, and is also capable of playing as a wing-back, or as a central defender, a position which he often occupied in his early career.

Criscito played for Serie A clubs Genoa and Juventus, making over 200 appearances across four spells for the former. He also played for seven years in the Russian Premier League for Zenit Saint Petersburg, making 225 total appearances and winning two league titles for the team. A full international since 2009, he represented the Italian national team at the 2010 FIFA World Cup.

Third spell in Genoa
In May 2018, it was reported that Criscito had announced to sign for his former club Genoa via his personal Instagram account. His return was officially announced by the club on 24 May. Few days later he was assigned number 4 shirt.