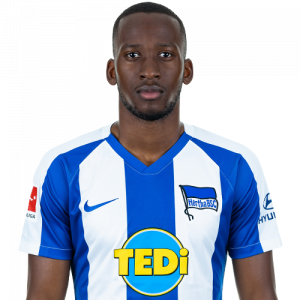 Dodi Lukebakio Ngandoli (born 24 September 1997) is a Belgian footballer who plays as a midfielder for Hertha BSC.

Anderlecht
On 25 October 2015, Lukebakio made his professional debut in the 79th minute as a substitute for Youri Tielemans in a Belgian First Division A match against Club Brugge, which result in a 3–1 victory for Anderlecht.

Watford
On 30 January 2018, it was announced that Lukebakio would be joining Watford on a four-and-a-half-year deal. On 10 February, he made his Premier League debut during Watford’s 2–0 defeat away to West Ham United.

Hertha BSC
On 1 August 2019, Lukebakio transferred to Hertha BSC. He scored Hertha’s first goal of the 2019–20 Bundesliga season in the team’s opening match against Bayern Munich; a 2–2 draw.