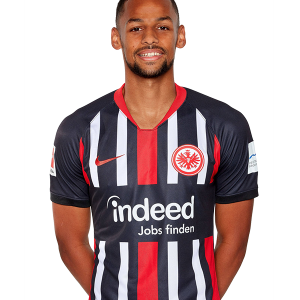 Mohameth Djibril Ibrahima Sow (born 6 February 1997) is a Swiss footballer who plays as a midfielder for Bundesliga club Eintracht Frankfurt and the Switzerland national team.

Sow made his professional debut for Borussia Mönchengladbach on 25 October 2016, in the second round of the 2016–17 edition of the DFB-Pokal, against second-division club VfB Stuttgart. Sow was substituted on in the 88th minute for Lars Stindl. The match finished as a 2–0 home win for Gladbach.

In June 2017, Sow returned to Switzerland, agreeing to a four-year contract with Young Boys. The transfer fee paid to Borussia Mönchengladbach was reported as €1.7 million.

He was part of the Young Boys squad that won the 2017–18 Swiss Super League, their first league title for 32 years.

On 27 June 2019, Sow signed to Bundesliga club Eintracht Frankfurt a contract until 2024.