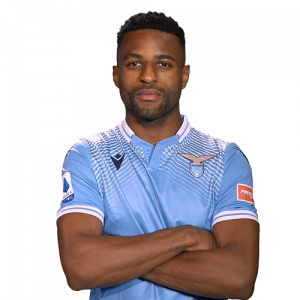 Djavan Anderson (born 21 April 1995) is a Dutch professional footballer who plays as a midfielder or right-back. He is under contract with Italian club Lazio.

Ajax
Anderson began his football career with AFC in Amsterdam before joining the Ajax Youth Academy in 2010. He had briefly interrupted his football career to pursue a career in gymnastics, before returning to football. On 23 April 2012 Anderson signed his first professional contract with Ajax, binding him to the club until 30 June 2015. During the 2013–14 season Anderson began playing for the Ajax A1 selection, the under-19 side of the club, making three appearances in the UEFA Youth League, the Champions League equivalent for under-19 teams. Due to the absence of several reserves, who were competing Internationally on Matchday 7 of the Eerste Divisie, Anderson made his professional debut playing for the reserves team Jong Ajax in the away match against Achilles ’29, which ended in a 2–1 loss. After the winter break in January it was announced that he would not return to the under-19 squad and would remain with Jong Ajax for the remainder of the season, making 8 appearances in total.

AZ
On 19 June 2014 it was announced that Anderson would transfer to AZ. With newly appointed head coach Marco van Basten taking a particular interest in the young player, a transfer fee of €200,000 was agreed upon between the two clubs, with Anderson signing on for three years. He made his Eredivisie debut on 8 November 2014 in a 1–0 away win against NAC Breda.

SC Cambuur
On 19 August 2015, it was announced that Anderson had signed a two-year contract with Eredivisie side SC Cambuur.

Bari
On 7 September 2017, it was announced that Anderson had signed with Bari in the Italian Serie B.