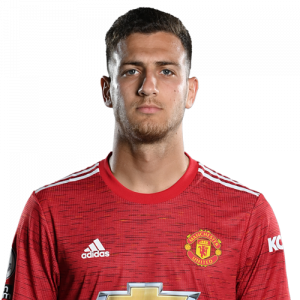 José Diogo Dalot Teixeira (born 18 March 1999) is a Portuguese professional footballer who plays as a full-back and occasionally as a winger for Serie A club Milan, on loan from Premier League club Manchester United.

Dalot is a product of the Porto youth system and made his professional debut for the club’s B team in January 2017. He made his first-team debut in a Taça de Portugal game in October 2017. After making eight appearances for Porto, he joined English club Manchester United in June 2018.

Dalot has represented Portugal from under-15 to under-21 level. He was a member of the under-17 squad that won the 2016 UEFA European Under-17 Championship.

Porto
Born in Braga, Dalot joined Porto’s youth system in 2008, aged nine. On 28 January 2017, he made his senior debut with the B team, playing the full 90 minutes in a 2–1 home loss against Leixões S.C. for the LigaPro championship.

Dalot first appeared with the first-team in a competitive game on 13 October 2017, starting in a 6–0 away win over Lusitano G.C. for the season’s Taça de Portugal. He first played in the Primeira Liga on 18 February 2018, coming on as a 75th-minute substitute in a 5–0 home routing of Rio Ave FC.

Manchester United
Dalot signed for Premier League club Manchester United on 6 June 2018 on a five-year contract for a fee of £19 million. He made his debut on 19 September 2018 in an away UEFA Champions League group stage match against Swiss side Young Boys. On 26 January 2020, he scored the second goal in a 6–0 FA Cup win against Tranmere Rovers; it was his first goal for United.