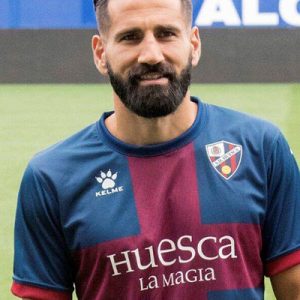 Dimitris Siovas (born 16 September 1988) is a Greek professional footballer who plays as a centre-back for Spanish club Huesca and the Greece national team.

Early career & Panionios
He was born and raised in Drama, Greece and played in the local teams before he was scouted from Skoda Xanthi. He started his career at the youth team of Skoda Xanthi, from where he moved to Panionios in 2008.
Olympiacos
On 15 June 2012, it was announced that Siovas signed a four-year contract for Olympiacos, having agreed with the club since January of the same year. He scored his first goal against Levadiakos in a 4–0 home win.

Leganés
On 23 December 2016, after a frustrating half season, Olympiacos defender is close to move to CD Leganés on loan until the end of the season, with a buyout clause of €4 million. Siovas had dropped down the pecking order at Olympiacos and the Greek giants were looking to offload him in the upcoming January transfer window. The Greek defender is very close to join Leganes on loan and the deal will be finalised imminently. On 29 December 2016, CD Leganés officially announced the signing of Greek international till the end of 2016–17 season.

Huesca
On 17 September he became a new Huesca player, signing a two years’ contract for a transfer fee of €1 million. His contract, which ran until 2023, was worth €1.1 million per year. On 26 September 2020, Siovas header gave his club an equalizer in a 1–1 away draw against Valencia. It was his first goal with the club. On 7 March 2021, Siovas scored an early equalizer in 14th minute, but Celta delivered a resounding 4-3 victory against his club effort to avoid relegation.