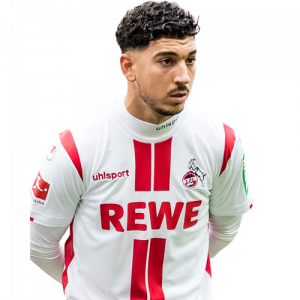 Dimitris Limnios (born 27 May 1998) is a Greek professional footballer winger for Bundesliga club 1. FC Köln and the Greece national team.

On 7 September 2020, 1. FC Köln have reached an agreement with PAOK to sign a four years’ contract with the 22-year-old international winger for €3.3 million, according to Kicker. The Greek Super League side have secured a 15% sell-on clause of any future transfer fee that 1. FC Köln will receive. The Bundesliga club made a move for the attacker after Florian Kainz underwent surgery on his knee. 14 days later he became officially a new Köln player.